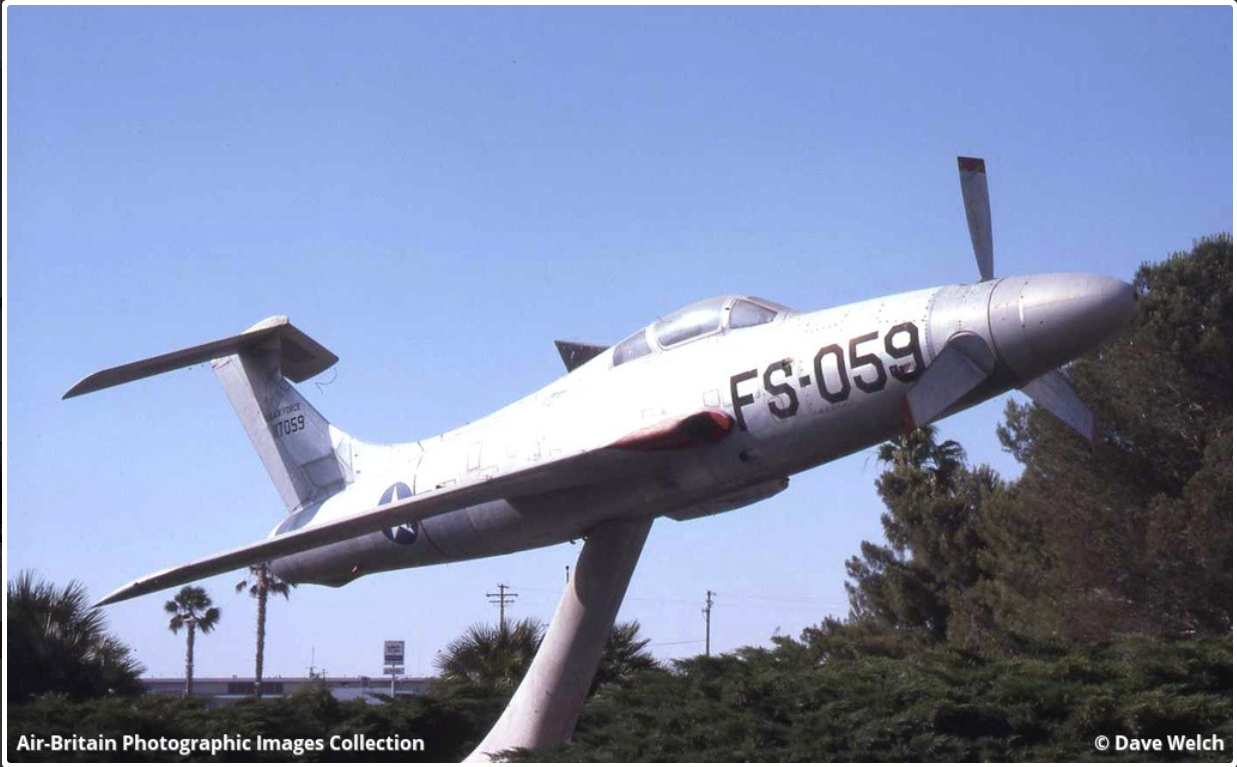 The Republic XF-84H Thunderstreak was an experimental military aircraft jointly developed by the Air Force and Navy. The aircraft was on display at the Kern County Meadows Field Airport until 1999.

Meadows Field Airport is a hidden gem that could easily be synonymous with Kern County. What many don’t know, this backyard airport has some fascinating history that adds to the great nature and pride of Kern County.

Originally known as “Kern County Airport No. 1”, the Kern County Chamber of Commerce constructed the airport in 1926 for U. S. Postal Service and commercial air services. The small airport only held one terminal building and one runway until it was purchased by Kern County in 1935, thus making it the first county-owned airport in the nation.

After being purchased by Kern County, war soon broke out in Europe and Congress prompted $40 million for the Development of Landing Areas for National Defense (DLAND) approving expenditures for airports. By 1941, the Army Air Corps began directing aid to the Kern County Airport. By late 1943, the 481st Night Fighter Operational Training Group (NFOTG) used the Kern County Airport as an auxiliary training airfield and a school.

After the 481st NFOTG was inactivated, Kern County Airport was placed on standby status and used primarily for emergencies. By the mid-1950s airports were to return to commercial use and with the purchase of new land, new terminals and control towers were built. On August 6, 1957, the county renamed the airport Meadows Field Airport after Cecil Meadows, the county’s Director of Airports.

The history of Meadows Field Airport lives on with every flight. The auxiliary airfield school has since been redesigned as the California Aeronautical University (CAU) which continues to train new pilots for commercial and private flying. The once USPS carrier is now home to three airlines: American Eagle, United Express, and aha! offering nonstop flights to tourist attractions like San Francisco, Denver, Phoenix, and Reno.

Your chance to live the history of Meadows Field is just one airline ticket away—book your next flight at https://meadowsfield.com/book-a-trip/.